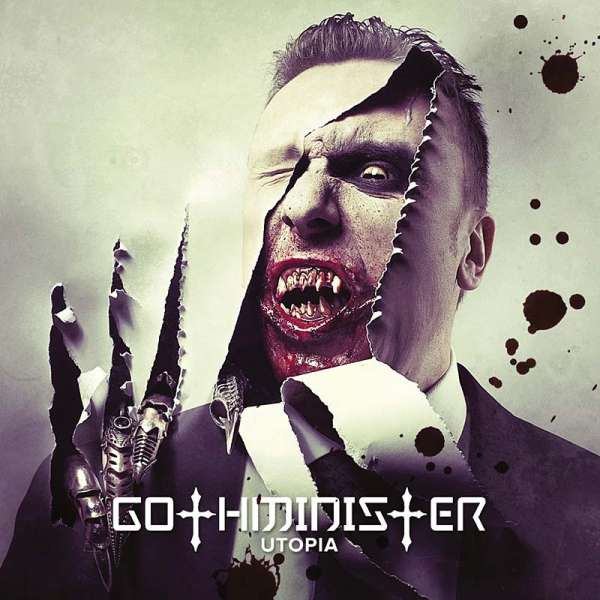 UTOPIA is GOTHMINISTER`s new concept album, consisting of both studio recorded and livefilm recorded songs, and even a livefilm intro and outro. - The concept of UTOPIA is inspired by Bjørn Alexander Brem`s life and nightmares – the
combination of being a lawyer in daytime and GOTHMINISTER at night drives him eventually insane – it becomes impossible for him to separate reality from imagination. The other GOTHMINISTER members Chris Dead (drummer),
Icarus (guitars) and Turbo Natas (guitars) also take part in this nightmarish world filled with undead walkers, witches, werewolves and monsters. If you are a fan of the TV-series THE WALKING DEAD, you will find yourself completely at home in this undead, hellish environment!