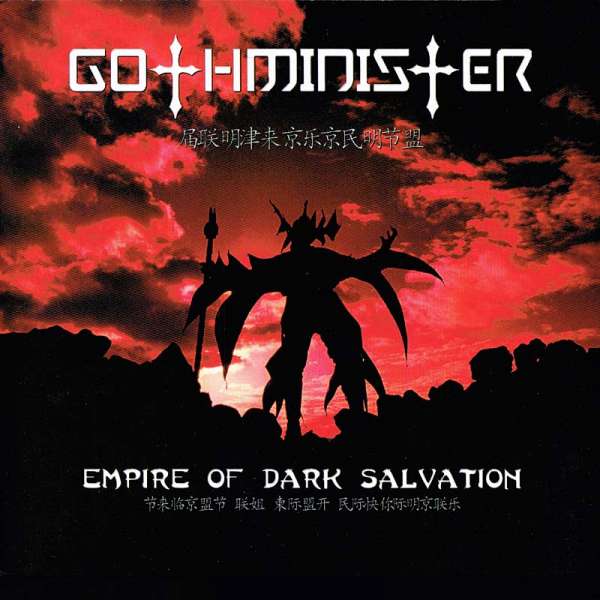 The GOTHIMINISTER back catalogue will be rereleased by AFM Records!

The second album, „Empire of Dark Salvation” took GOTHMINISTER to a totally new level. In Norway the band became historic by being the very first gothic industrial band to be sponsored by Rikskonsertene to do a nightliner tour in the biggest cities. Support on the tour were Tristania. Even Bylarm (“Norwegian Popcomm”) organized a dark rock/gothic event in connection with the release. In Europe, GOTHMINISTER played more than 100 shows in over 20 countries to promote “Empire Of Dark Salvation”, touring with bands like Lacuna Coil, Theatre of Tragedy and Mortiis. The smash hit “Monsters” reached no.11 on the German Alternative Charts, and big success also overseas led to GOTHMINISTER’s first U.S headliner tour, taking on New York to Hollywood.