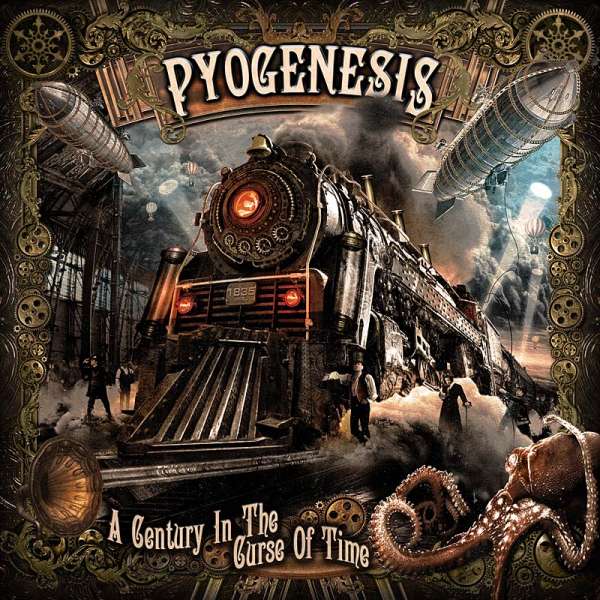 Description Evaluations 0
Description
PYOGENESIS are back! 24 years PYOGENESIS means tours and fans all around the globe, playing... more
Close menu
Product information "PYOGENESIS - A Century In The Curse Of Time - Ltd. Digipak"

PYOGENESIS are back!
24 years PYOGENESIS means tours and fans all around the globe, playing in front of 560,000 people in Hungary, performances at Rock am Ring /Rock im Park or Wacken and #1 in MTV’s viewer charts. Besides that, the band co-invented the genre “Gothic Metal” in the early 90s.
But 24 years PYOGENESIS also means 13 years without a new album and 10 years without shows.
Now, this break is finally over! After their sold out comeback show in Romania, the band will release their highly anticipated 6th album in summer. With “A Century In The Curse Of Time”, the four-piece around mastermind Flo v. Schwarz is returning to their roots, recording not only the heaviest, but also the most epic and ambitious album in the band’s history. It’s their first concept album ever: The lyrical theme is about the change of society in the 19th century under the influence of the industrialization, the steam-engine, the emerging bourgeoisie and science fiction literature such as Jules Verne.
PYOGENESIS will play as one of the top acts at this year‘s Summer Breeze Festival (August 12th -15th) in Dinkelsbühl/Germany.
A comeback in every sense.