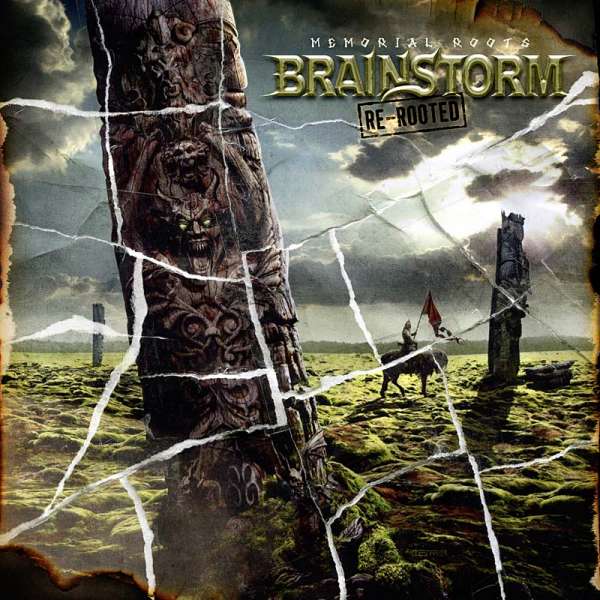 “Memorial Roots” has been the somehow “different” album in the catalogue of German power metallers Brainstorm. While delivering high-class songs as always, it mainly was the quite unusual mix that gave some fans a hard time to get into it. Even though it was by full intention of the band back then, “Memorial Roots” sounds different. Looking back now, maybe a bit too different… at least that’s what the band and their record label thought, so the idea was born to release a completely revised version of the album. The band’s longtime sound engineer Achim Köhler (who wasn’t involved in the recordings of “Memorial Roots” back then) was assigned to do a remix of the album. The result: a completely new album – finally sounding Brainstorm from start to finish! For the first time ever, all songs of the “Memorial Roots” sessions (11 on the standard version + Digipak/Vinyl/Japan bonus tracks & the previously unreleased “Forsake What I Believed (edit)”) are featured on one CD. “Memorial Roots (Re-Rooted)” comes with reworked cover- and artwork design in a new Digipak configuration.

CD Digipak
1.Forsake What I Believed
2.Shiver
3.The Conjunction Of 7 Planets
4.Cross The Line
5.Nailed Down Dreams
6.Blood Still Stains
7.Ahimsa
8.The Final Stages Of Decay
9.Victim
10.When No One Cares
11.Would You
12.Seems To Be Perfect
13.Too Late To Deny
14.Nothing
15.Honesty
16.Forsake What I Believed (Edit)