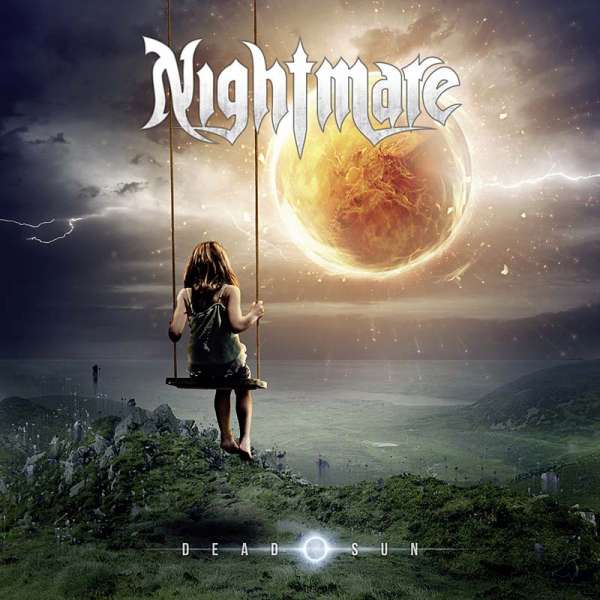 Founded in 1979 French heavy metal pioneers NIGHTMARE have been an integral part of the European metal scene for the past three decades.
NIGHTMARE's latest studio album, "The Aftermath" released in May 2014, would spell the end of their collaboration with vocalist Jo Amore and drummer David Amore. Faced with this difficult change, the band was determined to come back stronger than ever!
On October 10th 2015, NIGHTMARE held a presentation of their new line-up in their hometown Grenoble; announcing the addition of powerhouse vocalist Maggy Luyten (Beautiful Sin, Beyond The Bridge, ex-Ayreon) and drummer Olivier Casula (Sandragon, ex-Thalidomide, The Seven Gates).
NIGHTMARE will release their new album „Dead Sun” on November 25th via AFM Records.
The album has been arranged in France by the band’s longtime friend and producer Patrick Liotard, together with Joost Van Den Broek (The Gentle Storm, Epica), produced and mixed by Joost Van Den Broek at Sandlane Studios in The Netherlands, and recorded at Noise Factory Studio in Belgium with Gerald Jans behind the desk. Cover artwork of „Dead Sun“ was created by Julien Spreutels (Epysode).
NIGHTMARE! The story continues!!