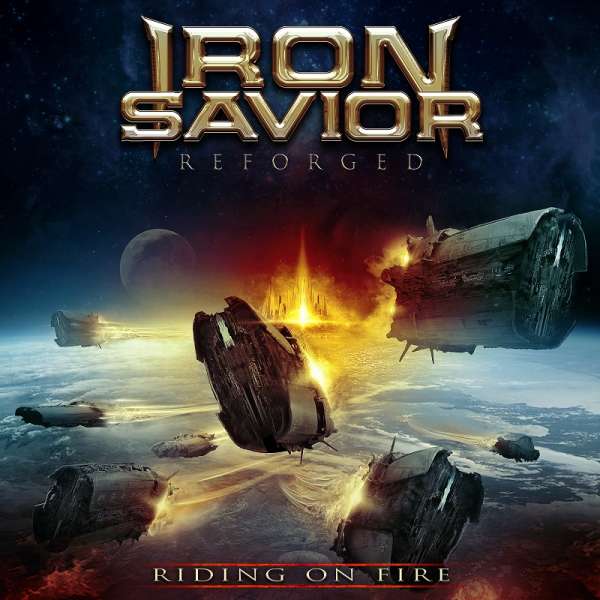 Hamburg based power metal band IRON SAVIOR was facing a problem: what to do when your early albums are not available regularly anymore but a re-issue is not possible due to legal reasons? Well, the decision was made to use this situation to give the material a sonic upgrade. “We can’t re-release our albums from the Noise Records years in their initial form”, band boss Piet Sielck says, “but we are free to re-record songs from these albums. We’ve approached this opportunity with a lot of enthusiasm”. What Sielck refers to, became a 19 tracks strong double album now, titled ‘Reforged - Riding On Fire’, which consists of the best and most popular songs IRON SAVIOR have released so far. These 2017 re-recordings come with a much more powerful sound of course, but the band managed the task to keep the songs’ character and feel. Demand is steadily rising: especially after the band’s latest album ‘Titancraft’ (2016), which became the biggest chart success in their history, new fans wanted to discover IRON SAVIOR’s catalogue. They’ll now get the best 19 tracks with an upgraded sound – of course mixed by Piet Sielck. “Reforged - Riding On Fire” highly enjoyable treat for old and new fans alike.