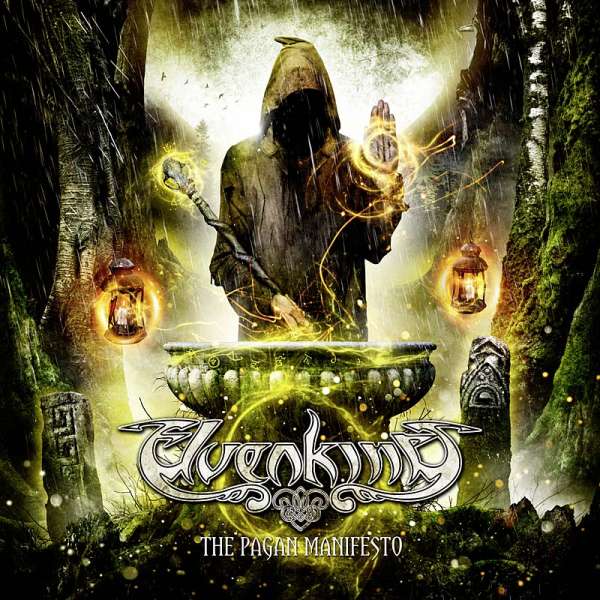 With “The Pagan Manifesto” Italian folk/power metal masters ELVENKING present a new album that not only shows the band matured and improved, reaching a whole new creative level; it definitely stands as a “manifesto”, defining what ELVENKING is all about. Even though they always delivered quality and amazed a loyal and dedicated worldwide fanbase with ease time after time, “The Pagan Manifesto” now displays the true potential of this exceptional outfit. Stylistically it combines the best of the band’s earlier days with the maturity & improved songwriting and production skills. Tracks such as the 13-minute long epic “King Of The Elves” (feat. Amada Somerville) are proof that ELVENKING are the leaders of their genre in 2014!

1. THE MANIFESTO
2. KING OF THE ELVES
3. ELVENLEGIONS
4. THE DRUID RITUAL OF OAK
5. MOONBEAM STONE CIRCLE
6. THE SOLITAIRE
7. TOWARDS THE SHORES
8. PAGAN REVOLUTION
9. GRANDIER’S FUNERAL PYRE
10. TWILIGHT OF MAGIC
11. BLACK ROSES FOR THE WICKED ONE
12. WITCHES GATHER