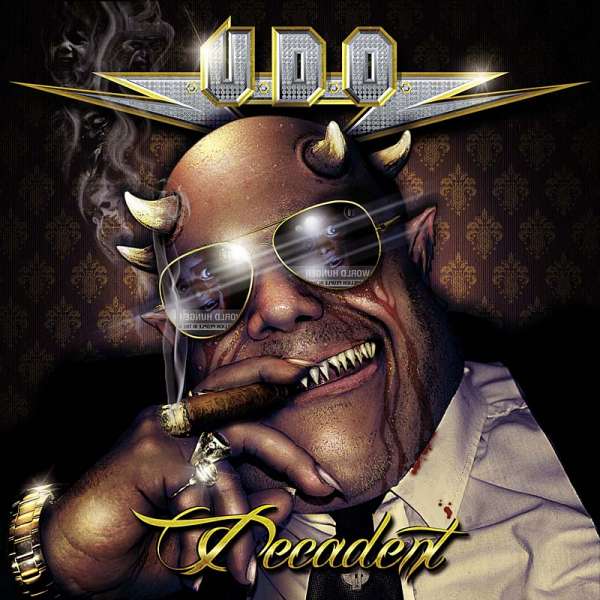 U.D.O. are the epitome of German metal! The band around iconic vocalist Udo Dirkschneider (ex-Accept) has just completed their 15th studio album, titled “Decadent”. Once again U.D.O. were able to create a masterful new longplayer which combines powerful, traditional heavy metal with an up-to-date sound. This recipe has worked very well for the band in the past already, most recently on 2013’s “Steelhammer” album, which became a bestseller and hugely celebrated by fans and press alike. “Decadent” surprisingly raises the bar by another notch and became one of U.D.O.’s finest works ever. The album was produced by Udo Dirkschneider and Mattes (Redhead Audio Productions, Wilhelmshaven) in collaboration with Fitty Wienhold - just like the team worked for „Steelhammer“. „We’ve proven to work effectively in this constellation, and also the chemistry is perfect”, Dirkschneider states. The songs were recorded in Udo and Fitty’s “Double U” studios, while Mattes’ studio in Wilhelmshaven (Germany) was the place for mixing. All U.D.O. members were involved in the songwriting process. “Decadent” then finally was mastered by Jacob Hansen (a.o. Volbeat).