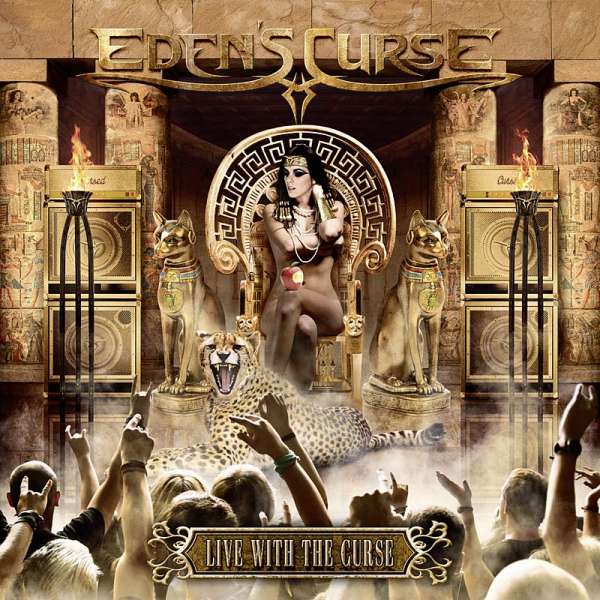 With four fantastic and widely celebrated studio albums already under their belts, the thought of releasing a Live album was never far from the mind, but the main source of inspiration came from their ardent fan base. The culmination was no more evident than after the last night of the ‘Symphony Of Sin UK Tour’’ in London. They band came off stage on such a high and the feedback and comments coupled with fan pressure to re-record the older material with Nikola singing made them certain that the time was right!
So planning began for the recording of the first ever EDEN’S CURSE Live album and anyone who knows the band will be aware of their high standards that they set for everything that they do - ‘Live With The Curse’ is no exception! Recording took place on November 28th 2014 at an EDEN’S CURSE headlining show at The Classic Grand in Glasgow.