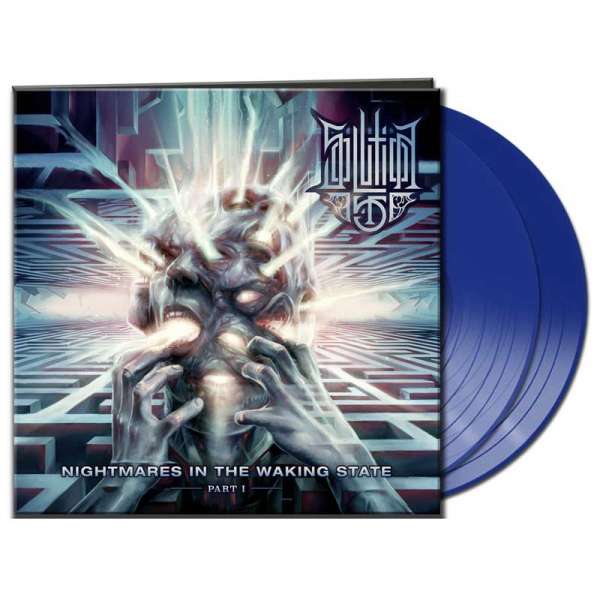 In late 2011, SOLUTION .45 were invited to play the legendary ProgPower USA festival in Atlanta, Georgia. The band flew over to the USA to play its first show ever in September 2012 — some had flown in from as far as Japan just to see the performance.

At the beginning of the process of writing the new material, the band desired to develop their sound from “For Aeons Past”, but the end result turned out to be so much more. After hearing the final results (19 songs written and recorded), the band quickly realized what they had accomplished. The new direction contained all the ingredients “For Aeons Past” was known for but with added groove, aggression and darker elements. A dynamic journey from soft moody parts to soaring aggressive, darker elements. The end result was something that older fans would find familiar, with a heavy dose of “and then some”.

The collaboration with Thomas “Plec” Johansson/Panic Room Studios remained strong. And still now, with the release of “Nightmares In The Waking State - Part I” the team seems to work successfully. Even though the line-up has changed over the last five years, the aim to produce high class metal music is still the main requirement on themselves, due to the effort of Jani Stefanovic and Christian Älvestam.

“Nightmares In The Waking State - Part I” is again a lesson in modern metal taught by the same people that helped write the book on the genre: crushing mammoth riffs, melancholic passages, infectious hooks, and blistering solos.

Tracklist Vinyl
Side A
01. Wanderer From The Fold
02. Perfecting The Void
03. Bleed Heavens Dry

Side B
04. Winning Where Losing Is All
05. In Moments Of Despair

Side C
06. Second To None
07. Targeting Blaze
08. Alter (The Unbearable Weight Of Nothing)