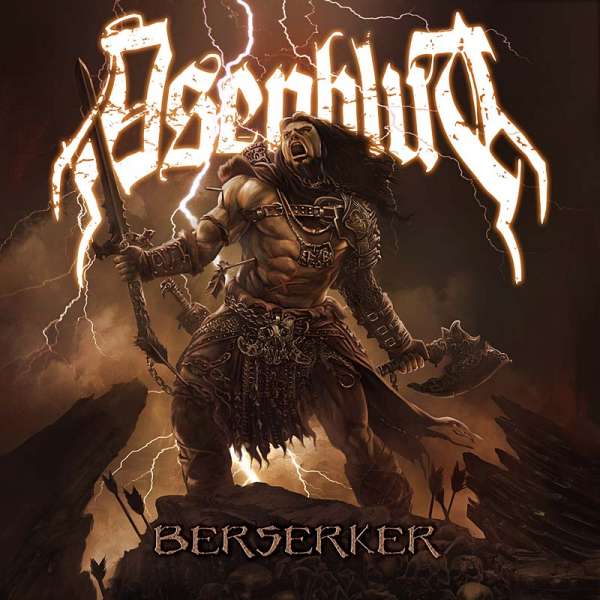 AFM Records newcomer of the year 2016!

Asenblut – The old world will burn

A storm is coming. A storm that has been brewing for a long time now, a storm that gathered momentum to finally be brought upon us as a devastating hurricane. Founded in 2006, ASENBLUT wisely used the last years to slowly but steadily become the thundering Metal armada that now marches into the decisive battle. Dark times are upon us. The Fenris wolf is howling, the Aesir call us into war, Ragnarok is awaiting. It is time to unleash the BERSERKER within us – and ASENBLUT know precisely what is meant by that.

Ten years have passed since ASENBLUT came together. A lot has happened in the Göttingen based band's camp since they caused quite the stir in the German Pagan Metal scene with their debut AUFBRUCH back in 2009. Already then so much more as a Mead drinking, runes throwing band of pathos fools, they welcomed Black Metal, Thrash, melodic Death Metal and traditional Heavy Metal into their sound right from the start – an evolution that lead to VON WORTEN UND TATEN (2013) and now culminates into the third record BERSERKER, reaching an entirely new level. No wonder, with a title like this. “The music of the title track gave us inspiration for the lyrics and the album title”, clan boss and founder Tetzel explains. “The high pace, the heroic power and the energy of the song immediately lead to strong pictures that were followed by the right words mirroring the force and the madness of the berserker.”

Force and madness is actually the best way to describe the uncompromising storm set free on BERSERKER. Just like the mythical warriors of Norse mythology who fell into a feared intoxication to not feel any pain in battle, the album title is the perfect metaphor for this Pagan thunder. It is still obvious that Tetzel (vocals), Claus Cleinkrieg (guitar), Yuri (guitar) Deimos (bass) and Balrogh (drums) venerate bands like Iron Maiden, Amon Amarth or even Immortal: yet, what comes out in the end after ten years is something truly unique, something pleasantly archaic. “We stay true to ourselves”, Tetzel observes. “Still, we have moved on and indulged in songs that are a bit less progressive than before. In return”, he adds, “the pace is higher and the songs are a lot more melodic.”

BERSERKER does indeed sound like a Viking Metal records through the archetypical Heavy Metal lens of the eighties. A walk on the tightrope that is nothing short of genius and that will set fans from Blind Guardian via Amon Amarth to Equilibrium ablaze. In-your-face hymns, cast in a massive wall of sound. Recorded for eternity in Sebastian Levemann's (Orden Ogan) Greenman Studio, BERSERKER sounds much more dominant and intimidating that the prior releases, yet allowing some highly welcome edges and thorns in the production. The result is an invincible, yet harsh sound, a legitimate counterpart to the berserkers' battle cry.

As serious and as deep as ASENBLUT delve into Norse mythology: It is only one facet in the conceptional world of this uprising horde. “In our early days”, Tetzel remembers, “I studied mythologies and explored a lot of source material. Still, ASENBLUT makes music for entertainment purposes. And by that I mean that we want to get entertained as well.” Fair enough. Instead trying to mimic the grim and serious cliché Viking douchebag, ASENBLUT use BERSERKER to look for contemporary relevance in the old legends, continue sagas and embrace tons of different influences. Tetzel supplies us with a summary: “The works of Patrick Rothfuss or H.P. Lovecraft, audio dramas „Offenbarung23“ and „Gabriel Burns“, video games like „Dark Souls“ and „Heroes of the Storm“ as well as the ongoing battle we all lead with ourselves.”

Contents like these guarantee for a wild Metal hunt. ASENBLUT in 2016 are an epic, furious, victorious and elegiac force to be reckoned with, a self-confident force about to let the regalia of German Pagan Metal bloom anew. Appropriately short it Tetzel's statement about where this journey is about to go. “Onward!” he exclaims. Well, There really is no better way to sum it up.