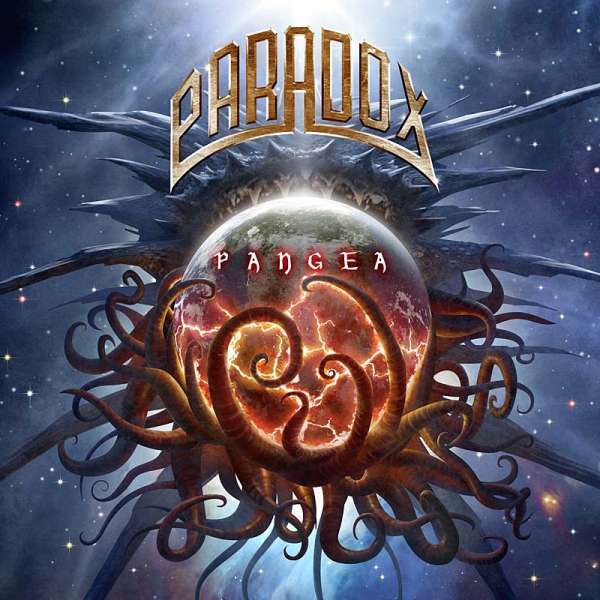 More than three years have passed since the release of „Tales Of The Weird” (2012) and so the time has come to celebrate the band’s 30th anniversary with the 7th studio album „Pangea” this summer.
„I have never worked so hard and with so many emotions on an album like on Pangea” states the charismatic lead singer and mastermind Charly Steinhauer, who has spent the past 1,5 years to create this album. The background of „Pangea” is also marked by his setbacks, caused by several health impairments and private disappointments during the last years.
That is how the longest album (60 min) in band history so far arose, produced by Charly Steinhauer himself!

„Pangea” – the last supercontinent and a symbol for the beginning of the end of life on earth. Several scenarios (e.g. war, comet, plague, cataclysm, alien invavsion, etc.) may cause this situation which is the album’s quintessence.

As a special anniversary surprise, Charly Steinhauer re-united the original line-up from the debut album „Product Of Imagination”, released in 1987, for the backing vocals on „Pangea”.

Traditionally Claudio Bergamin (Halford, King Diamond), who was also responsible for the last three Paradox artworks, has once again created a fantastic cover artwork, which perfectly matches the album title.

„Pangea” provides powerful riff attacks, great lead guitar work and Charly Steinhauer’s typical vocals in a remarkable intensity. Paradox stick to their musical roots and evolve by using today’s advanced technical opportunities.
The fans can look forward to a very impressive album, dedicated to each one of them for their continuous support and loyalty through all the years.