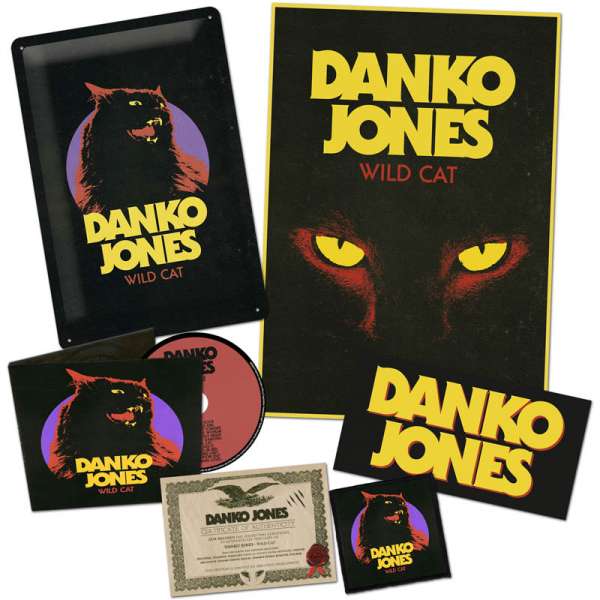 On Wild Cat, however, affection and aggression are no longer mutually exclusive qualities. On the surface, “My Little Rock ‘n’ Roll” may seem like yet another ode to the music Danko loves, but it’s actually a shrine to a bewitching woman built atop the “she’s my little rock ‘n’ roll” hook of the early-‘80s Rolling Stones chestnut “Little T&A” (whose source album is given a further nod when Danko declares, “I’m gonna tattoo you on my shoulder”). And “You Are My Woman” may be Danko’s most reverential act of Phil Lynott worship in a long history of Thin Lizzy love, capturing not just the Irish legends’ gritty riffage and streetwise swagger, but their soulful sincerity, too.

Perfect album, year after year DANKO is becoming you have count with !!