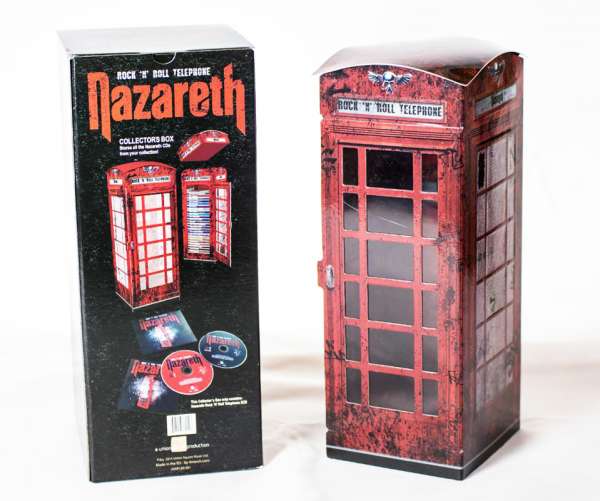 The limited Box Set is a 46cm tall custom-made telephone box, made of rigid cardboard, which should form the centerpiece of every Nazareth fan’s collection. The telephone box is decorated with logos and graffiti, and behind the door (which opens and closes with a magnet) the box contains the Deluxe 2CD version of the album as well as enough room to house the complete Nazareth album catalogue.