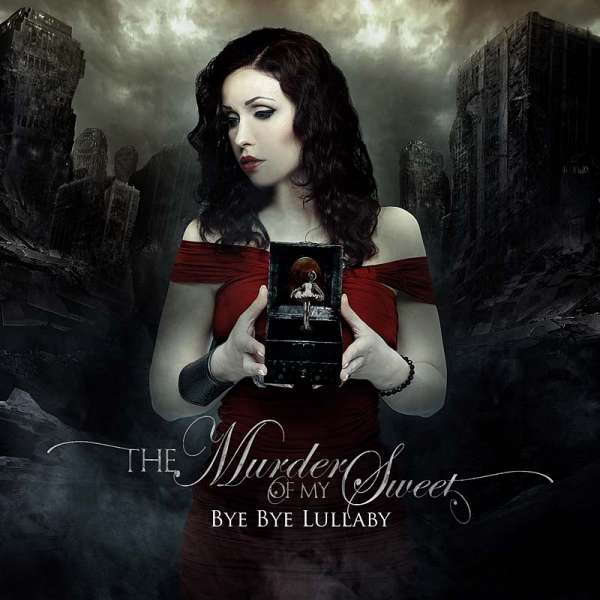 Beschreibung Bewertungen 0
Beschreibung
Since the release of their debut album "Divanity" in January 2010, and the single that pre-ceded... mehr
Menü schließen
Produktinformationen "THE MURDER OF MY SWEET - Bye Bye Lullaby"

Since the release of their debut album "Divanity" in January 2010, and the single that pre-ceded it in 2009 (“Bleed Me Dry” - which reached No. 14 in the Swedish National Singles Charts), female-fronted rock/metal band  THE MURDER OF MY SWEET have become amongst the biggest hopes on the European scene. Their individual, easily recognizable and high value sound, has touched the lives of many fans and with its mix of modern, groovy, hard rock, beautiful melodies, and progressive, cinematic flair. The band, led by singer Angelica Rylin, has secured a remarkable fan base already, far from the shores of Stockholm, where the band was formed in 2007 the name inspired by the 1944 ‘film-noir’ “Murder, My Sweet”.

Singer Angelica remembers the creative process:
”Bye Bye Lullaby” has been a long time coming. We wrote nearly enough songs for two full albums and had to carefully choose these thirteen to truly represent the new, updated The Murder Of My Sweet. This album includes performances from close friends Jesper Stromblad (who you all know from In Flames), Fredrik Akesson (from Opeth) and Peter Wichers (from Soilwork), so it’s a really brave record. The major difference for me is the variation in the songs we’ve taken them down a darker path, as well as on a more commercial path. It’s unorthodox maybe, but since there are so many female fronted bands out there, we felt that this combination had never been tried before, and would be breaking new ground, which is way more fun.”