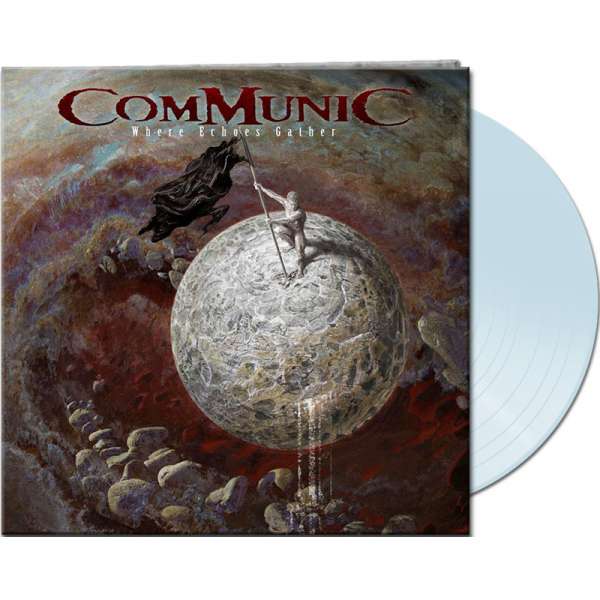 - Made available again by popular demand: “Where Echoes Gather” in one new color (Clear), limited to 250 units!
- Norway's prog metal masters COMMUNIC are back with a new dark & atmospheric masterpiece!
- “Where Echoes Gather” is their first studio album since „The Bottom Deep“ (2011)!
- Produced by Endre Kirkesola (Sirenia, Blood Red Throne, Chrome Division)
- Mixed and mastered by Eike Freese at Chameleon Studios (Gamma Ray, Deep Purple, Heaven Shall Burn, Apocalyptica)
- Cover artwork by Eliran Kantor (Testament, Soulfly, Iced Earth, Mors Principium Est)
- COMMUNIC enjoy a fabulous reputation for being one of the best new emerging prog/power acts of the 2000’s; all of their four previous albums were released by Nuclear Blast and received “album of the month” accolades regularly in the leading metal magazines (Metal Hammer, Rock Hard etc.)