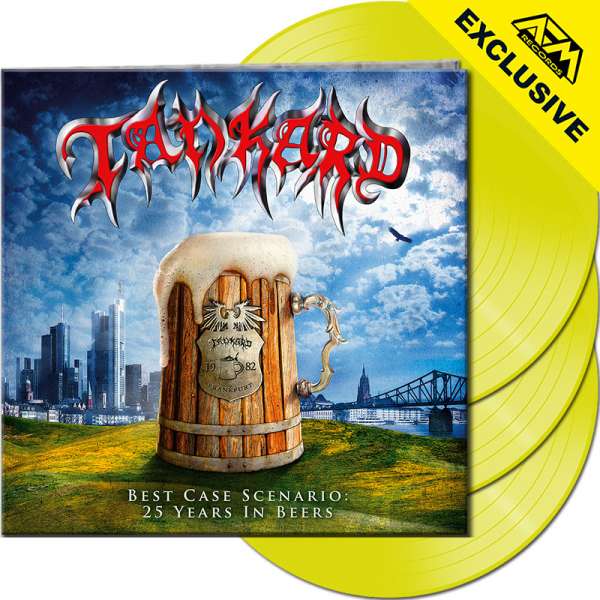 Re-Release on 3-Vinyl in two different colours!! All classics re-recorded

In 1982 when four longhaired metal-maniacs from Frankfurt am Main, Germany decided to found a band named TANKARD, nobody expected them to still be going three decades later. Not to mention being at the top of the German thrash metal scene!
But they are still alive and kicking, and throughout these years there’s barely been a blip in their path! Today, when the routine of breaking-up, making a “reunion” and disappearing again seems to be the order of play for bands, TANKARD never joined this course of action and kept holding their flag of thrash metal high: a very respectable effort! NOT ONE DAY DEAD!

• Now available as ltd. vinyl in new colours (Clear and Green / limited to 200 units each)
• First time released on vinyl in it's entirety (3-Vinyl)
• this compilation contains 33 classic from the Band's history
• 15 songs re-recorded by Tankard in 2007
• contains in addition: 18 Tribute Songs by several friendly bands