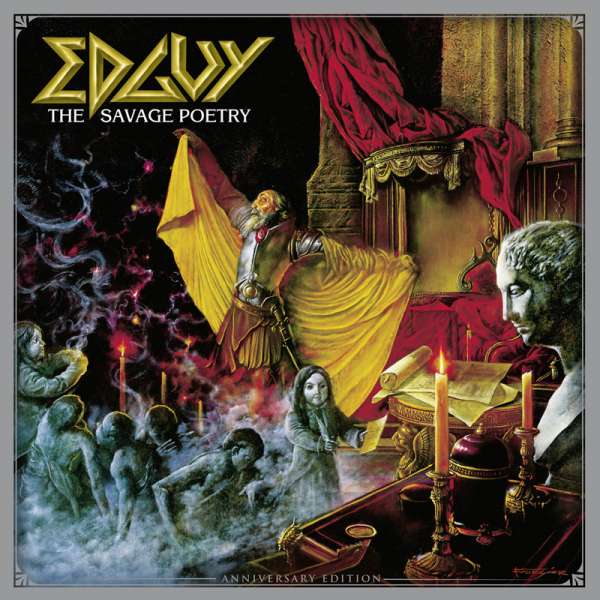 The all time classic "The Savage Poetry" gets a 20th anniversary re-release with complete remastering and will be available on vinyl first time ever. Edguy will celebrate their release on 14.01.2022.
The successor to Edguy’s breakthrough album was released in 2000 under the title “Savage Poetry” and again met with critical acclaim by critics and fans alike. It cemented their breakthrough and paved the way for their international career. Some 20 years after the release finally a new version is made available – as Digipak and for the first time ever on Vinyl (in different colors).