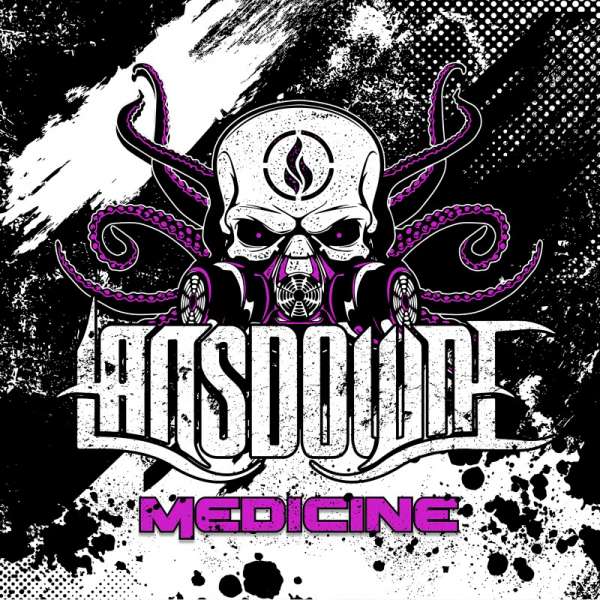 This product will be released on February 03, 2023

Comprised of Jon Ricci (Vocals), Shaun Lichtenstein (Lead Guitar / Vocals), Glenn Mungo (Drums), Josh Waterman (Guitar / Vocals), and Mike LaRoche (Bass), LANSDOWNE has been a force to be reckoned with since emerging into the music scene in 2006.
In their 15+ years as a band, they have achieved two billboard charting radio singles, over 100 million streams / views across platforms on their music, and have licensed songs to major brands such as iRobot, the NFL, MTV, and morel.
Lansdowne built their name the old fashioned way – on the road, having performed countless shows internationally, including a 2007 tour for the troops across Kyrgyzstan, Afghanistan, and Kuwait, as well as sharing the stage with rock heavyweights such as Theory of a Deadman, Puddle of Mudd, Creed, Black Stone Cherry, Pop Evil, and more.
After two radio singles and an intensive touring schedule, the band took a brief hiatus from 2015-2017 to focus on family and other business ventures, but re-emerged in 2017 with the hard-hitting single “Bend the Knee”, and the follow up fan favorite “Savage”, putting them back on the radar in today’s Hard Rock scene.
The band released “FILTHY” in 2021, with a guarantee of more new music and major announcements on the horizon in 2022.
In mid-2022, the band announced their signing with German record label AFM Records in Hamburg.
To give a first taste of the upcoming collaboration, the Boston band released a official lyric video for their mega hit "Burn Brighther" in July (more than 11 million streams on Spotify alone). Including their brand new tracks "MEDICINE" and "HALO", LANSDOWNE are going to release their new album "MEDICINE" digitally and as CD jewelcase on February 3rd.