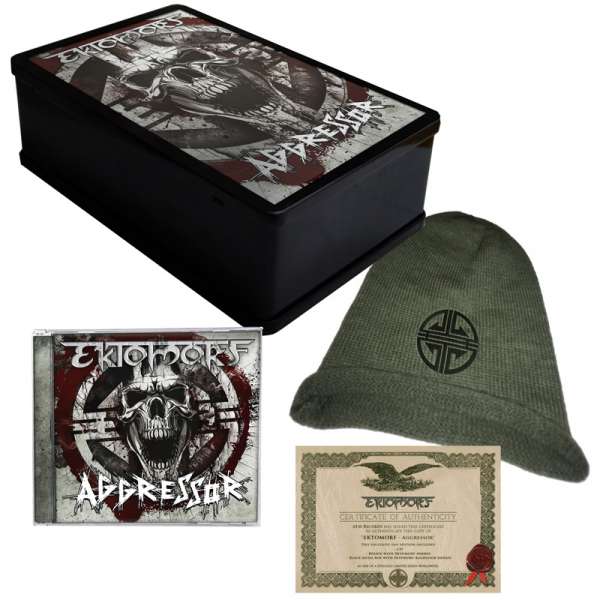 Hungarian neo-thrash masters EKTOMORF are one of the most consistent forces in the heavy music scene. A band that never disappoint their fans and stand true to what they are: A powerful, unstoppable groove machine!
Following their “Retribution” album (which was released in early 2014), another successful headliner tour and numerous festival gigs, the band around charismatic frontman Zoli Farkas present the new album now. Continuing their no-nonsense philosophy, the title “Aggressor” is not misleading at all - in fact this new piece of work definitely is the band’s heaviest and most energetic to date.
Once again EKTOMORF of course worked with highly-acclaimed Danish producer Tue Madsen, who is a stable part of the team and perfectly understands the musical visions of EKTOMORF.
The band is proud to present legendary Cannibal Corpse vocalist George “Corpsegrinder” Fisher with a guest appearance on “Aggressor”.
Zoli comments: “We are friends with the Cannibal Corpse guys since a long time. Last year in November I spoke to George about doing a song together. The recent Budapest show of Cannibal Corpse then was the perfect opportunity to meet and record his parts. So I took small home recording studio gear with me and recorded vocals with George in the dressing room before their show. It was fun and turned out killer! The song's title is "Evil By Nature" and you can be sure that it will smash your face!”

CD, beanie with Ektomorf symbol and certificate of authenticity, all together in a metal-box with Aggressor design