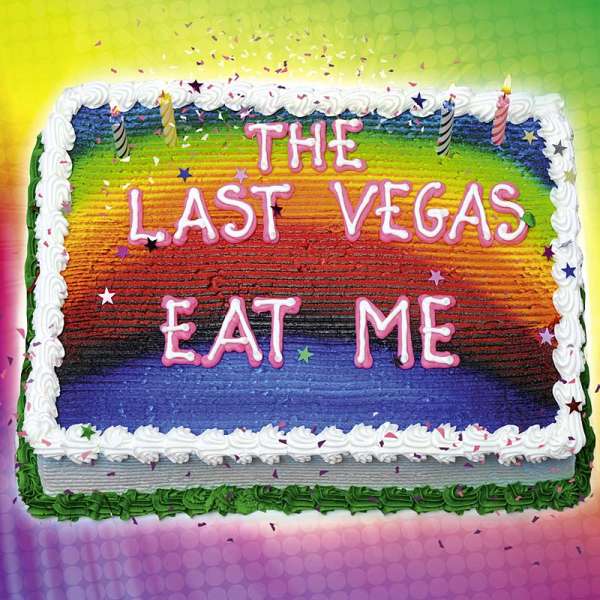 'Eat Me' was recorded in near lightning pace, in advance of singer Chad Cherry's relocation to Los Angeles over the summer.

The Last Vegas tracked 'Eat Me' at Johnny K’s hit-making Groovemaster Studios in Chicago, a spot familiar to the band where they recorded critically-acclaimed 'Bad Decisions' and 2013’s 'Sweet Salvation'.

The fast pace worked to the band’s favor; as they adopted a "first-thought, best-thought, only-thought" approach.

“We gathered some favorite demos lying around, added a few fresh ideas and rehearsed the hell out of the songs for about 8 days” says singer Chad Cherry. “We were tracking vocals up through the night I left for LA. We recorded like 12 songs in about 11 hours at Groovemaster, and it felt like we were making our first album again. It was awesome”.

The Last Vegas initially decided to self-produce 'Eat Me', after working with some industry heavyweights (2010’s 'Whatever Gets You Off'-Nikki Sixx; 2012’s 'Bad Decisions'-Johnny K; 2013’s 'Sweet Salvation'-Roy Z).

And luckily TLV's vision was perfectly complimented by a musical contact Nathan Arling came across while in Sweden filming the 'Allt For Sverige' TV series; Engineer/Producer Chris Laney. Mr. Laney mixed the album 'Eat Me' in Stockholm, Sweden, song by song, as The Last Vegas fed him sessions built in Chicago at the TLV studio space.

“We chipped away at each track’s session, layering guitars, Moog synths, bongos, bells, wind chimes, and even an old-school talk-box” says guitarist Bryan Wilkinson who makes his debut on 'Eat Me'. “Chris’s mixes just kept blowing us away.

'Eat Me' is the first time The Last Vegas have collaborated with a European production team (Sweden’s Grammy-nominated Classe Persson is mastering). Being long-time fans of Scandinavian rock production and influenced by records from The Hellacopters, Turbnonegro, Nomads and more, The Last Vegas were thrilled with a new approach in making an modern-day album; and the results of the inter-continental experiment.

5. Along For The Ride

7. Love’s Got Nothing On Me

On European Tour in March/April 2016