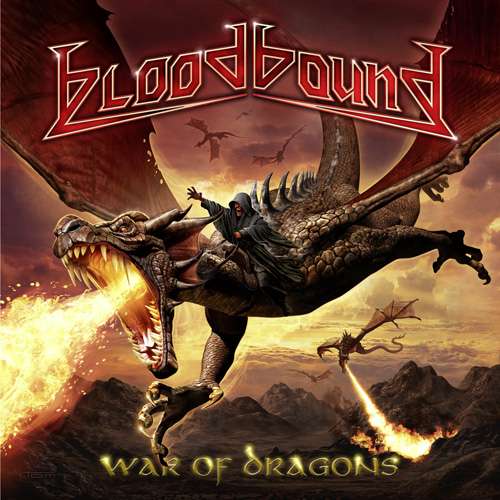 It’s been an impressive journey for BLOODBOUND: The Swedish power metal commando has become more and more popular in recent years. All this falls back on talent and hard work: Since 2005 Bloodbound have not only released six studio albums and a Live DVD/CD, they have also toured with giants such as Sabaton, HammerFall and U.D.O. – in the process winning over a very devoted and loyal fanbase of metalheads. So it doesn’t come as a surprise that Bloodbound’s next career move would be a headlining tour now – armed with their brand new studio album, titled “War Of Dragons”. It’s basically a continuation of the successful “Stormborn” (2014), but offering more fast-paced tracks, without lacking the anthemic feel the band is known for. Bloodbound are masters in combining melody with power and “War Of Dragons” perfectly displays the evolution that the band has gone through since their debut “Nosferatu” was let loose.