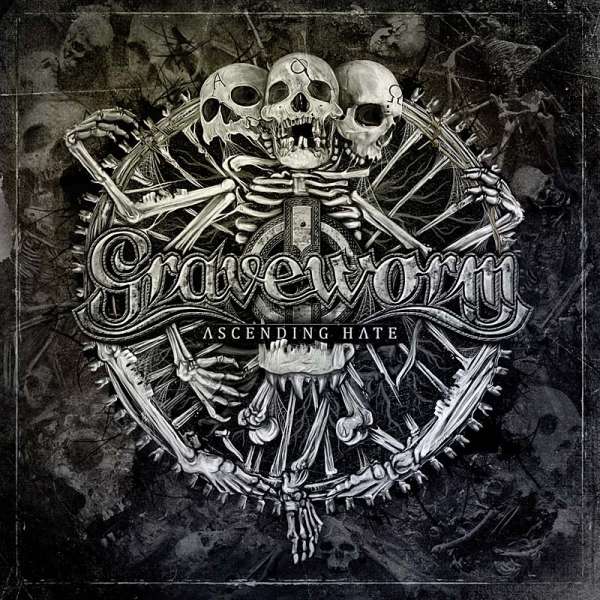 The new studio album "Ascending Hate" from GRAVEWORM will be released on June 19th 2015. Be assured that you will hold their most intense and powerful work since their 2003 masterpiece “Engraved In Black” in your hands. Founding member Stefan Unterpertinger has returned to the band with „Ascending Hate” after 10 years!

GRAVEWORM are one of the leading extreme metal acts in Europe. In the 18 years of their history so far, the Italian dark metallers have not only achieved to deliver quality music constantly, they have released classics if the genre (just think back to 2003’s „Engraved In Black“). It’s exactly this very special mixture of symphonic black metal elements, gothic and thrash, that makes GRAVEWORM sound so unique.
And even in their nineteenth year of history, the band doesn’t fail to surprise: even though GRAVEWORM are known for delivering quality sound - only few would have expected the band to return that energetic, strong and powerful. Songs such as „Buried Alive“ or „Blood Torture Death“ sound very fresh, are bursting of power and come up with strong melodies. This immensely high quality level is kept up over the whole playing time of “Ascending Hate”, which closes with a very GRAVEWORM’ish cover version of the Bon Jovi hymn “Runaway” (available as bonus track on the Digipak version).
More than three and a half years after their latest release “Fragments Of Death“, the band returns in amazing shape and with an album which exceeds all expectations.