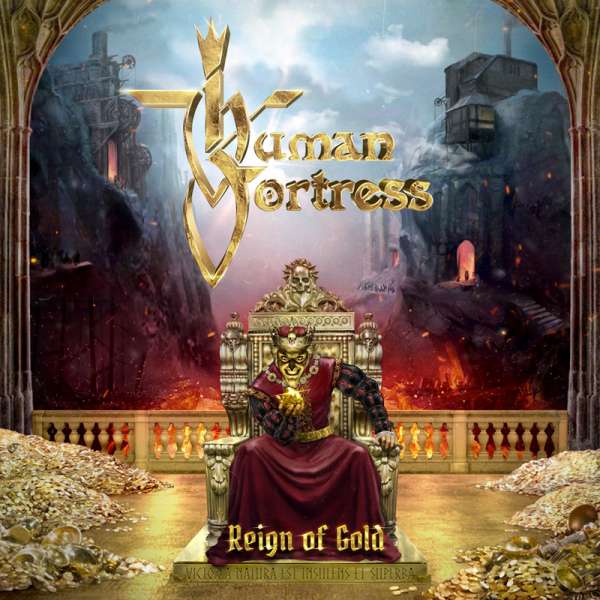 The roots of HUMAN FORTRESS go back to 1999 and meanwhile, the band from Hannover can look back to an impressive history. With their song „The Dragon’s Lair“, produced by Tommy Newton (VICTORY), they won the Rock Hard Magazin‘ battle for the best unsigned song in 2000, their debut album „Lord Of Earth And Heaven’s Heir“ was realeased shortly after the contest. Numerous live shows e.g. at Wacken Open Air followed as well as four more albums and several line up changes.
2012,  singer Jioti Parcharidis had to hand the microphon over to Gus Monsanto – due to health issues. The Brazilian one has a convincing voice as well an together with the 4th release „Raided Land“, mixed and mastered by Sebastian „Seeb“ Levermann (ORDEN OGAN), HUMAN FORTRESS raised attention all around the globe again and got back to their old style. After all these positive feedbacks, the band decided to keep on writing new songs for „Thieves Of The Night“ and re-released their second album „Defenders Of The Crown“ in the same year.
Due to the melodic hooks, the heroic hymns and powerful vocals, spiced up with royal-medieval melodies, the sound stays unique and self-reliant. After three years of creative work, the Epic Metal band is up to release their sixth album „Reign Of Gold“ in late autumn 2019 with Tommy Newton in control of production.