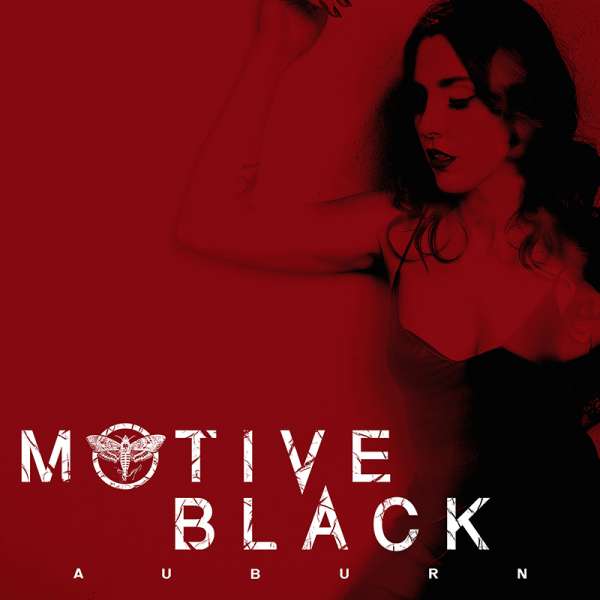 This product will be released on February 10, 2023

Genre: Alternative Hard Rock/Metal
For Fans Of: Evanescence, Delain, Follow The Cypher, The Pretty Reckless, Halestorm, In This Moment, Shinedown

MOTIVE BLACK peels back the layers to reveal the dark and turbulent emotions that dwell in the heart of vocalist Elana Justin. In collaboration with Grammy winning guitarist / producer Nick Rowe (Bloodsimple, Vampire Weekend), the duo have reworked songs from Elana's former New York band, taking the music in a much heavier direction. Add special guests in the studio such as Marcos Curiel (guitars - P.O.D.), Ray Luzier (drums – Korn), and Carla Harvey (vocals – Butcher Babies), and something immensely powerful and visceral emerges.
"I'm not an aggressive person," Elana says. "But my music is very to the core; everything goes into it. I do most of my venting through music. It's definitely a collaboration with Nick. We feed off each other and we've created some really cool music. "Cellophane," for example, is by far the heaviest song I've done. I don't usually sing like that but Nick comes from a heavy background and the song is really aggressive, so it needed those vocals. The recordings take place in a very intimate setting. I was screaming these songs half a foot away from Nick sitting at his desk.
“It’s been a real treat working with Elana on this record," Nick Rowe explains. "She is a diamond in the rough—unafraid to explore new musical territory and put her soul on the page lyrically. I can’t wait for everybody to hear what we’ve been working on!”
Elana's musical influences don't directly dovetail with the MOTIVE BLACK sound, but they provided a solid foundation for the music to flourish. She cites Joan Jett, Alanis Morissette, and Soundgarden singer Chris Cornell in particular as vocal inspirations, with bands like Halestorm pushing MOTIVE BLACK's music in the direction it has taken. First single "Broken" - featuring P.O.D. guitarist Marcos Curiel - is a prime example exhibiting melody, emotion and aggression, yet it remains accessible to a wide audience.
"'Broken" is a song that came together when we were taking a break from writing the song we were actually working on," says Elana. "I get to go ona little journey singing it, which is always fun. The idea behind the song is about breaking down walls. It's a song based on truth. It's about being afraid to take risks because you work so hard to protect yourself. I think a lot of people can relate to that."
Drum tracks for the songs that comprise MOTIVE BLACK's debut album were recorded by Korn / KXM drummer Ray Luzier at the legendary NRG studios in North Hollywood, with the rest of the music completed at Nick's home studio. The album was mixed by Josh Wilbur, known for his work with Lamb Of God, Korn and Papa Roach.
Ray Luzier (Korn) says "Elana’s a very powerful, emotional singer. Her aggressive yet dynamic lyrics are refreshing to hear. I think this record’s gonna turn a lot of heads. We need great, fresh new music like Motive Black now more than ever!!"
For the future, Elana's goal is to turn MOTIVE BLACK into a full band, both in the interest of touring and future work on new music as they move forward. In the meantime, she is set to unleash no less than four new singles in early 2022, all of them with rock solid staying power.
Nils Wasko, who signed the band to AFM Records says "Motive Black combine honesty and attitude. Their powerful songs and the expressive vocals make them exceptional.“
"It's interesting to be signed," says Elana of joining the AFM Records family. "I don't have a huge following at the moment because MOTIVE BLACK is a brand new project, so am glad the music resonated so deeply with Nils. That sort of interest is gonna pull me through."
The MOTIVE BLACK debut album will be released in 2023.