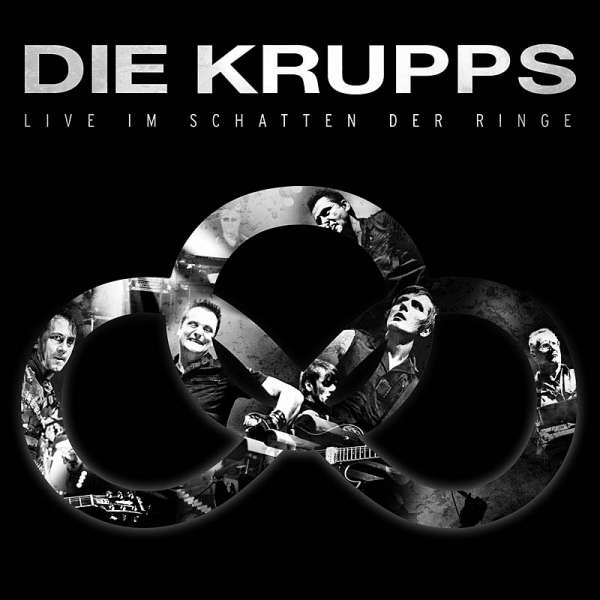 Critics worldwide hail DIE KRUPPS alongside Kraftwerk and Einstürzende Neubauten as pioneers of Electronic and Industrial music, bands like Front 242 and Nitzer Ebb called them their inspiration, and their musical ideas found their way into the sound of a wide spectrum of music, from Depeche Mode to the innovative pioneers of Detroit Techno.

Over 30 years and many internationally successful albums, DIE KRUPPS have developed an unmistakable signature sound that is meant to stay. Bandmaster Jürgen Engler is a visionary musician who since decades strongly influences the German music scene. During the 80’s he founded DIE KRUPPS together with his congenial partner Ralf Dörpner – who is also responsible for many of the lyrics since “Wahre Arbeit Wahrer Lohn” – and became the driving force of the Industrial and EBM scene.
By the time the scene was adopted by the musical mainstream in the 1990’s, the band from Düsseldorf integrated a more Metal inspired aggressive vocal style and guitar riffs into their sound and became, alongside of Nine Inch Nails and Ministry, one of the most important initiators of Electronic Metal, which again influenced many bands of the Neue Deutsche Härte.

After their impressive musical history in the 80’s and 90’s, the band decided to bring a temporary stop to the bands extraordinary career. Though 2005 marked the 25th anniversary of DIE KRUPPS, which was reason enough for the two original members Engler and Dörper to prove to the rest of the world that DIE KRUPPS are far from being dead. The reunited group played festivals and several headline tours across Europe in the following years and proved that their live shows are as energetic as ever. The audience’s response was overwhelming and proved that the band had not lost any ground during its absence.

Since that comeback DIE KRUPPS released several products, amongst others the „Too Much History“-Collection and a new studio album called „The Machinist Of Joy“ (2013). Consequently, from mid-February 2014 the factory bell rang in the nightshift on European stages, to be known as 'THE MACHINISTS OF JOY'-TOUR 2014. 12 dates had been scheduled on which DIE KRUPPS were going to present their first studio album of the new millennium in sweat-inducing manner! Full speed ahead!

Finally there is a DVD showing the band‘s overwhelming live appearance. Watch them headlining the E-tropolis Festival in the sold out Turbinenhalle, Oberhausen (Germany) on February 22nd, 2014. 90 minutes live show, including songs from every creative period. On the right side of the stage the stooical-cool frowning guitarist Marcel Zürcher, Keyborader Dörper as usual acting in the background, Bradley Bills on the drums and Jürgen Engler, who seems not growing any older at all.

They are hitting stages in Europe again in 2016 – beeing part of the line up at the biggest metal festival of the world (Wacken) and several other festivals.