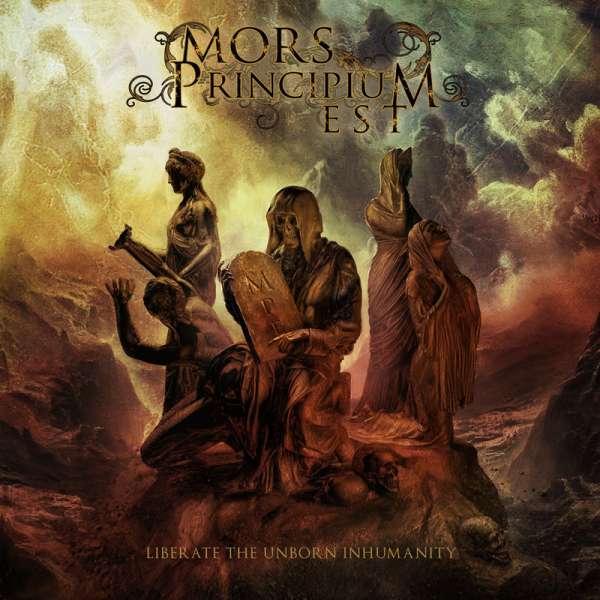 Mors Principium Est from Finland revive songs from their early band history as re-recordings!
Back to the future is the motto for the Finnish melodic death band Mors Principium Est with their new album "Liberate the Unborn Inhumanity", which will be released on April 8th, 2022 by AFM Records.
Mors Principium Est make it clear in which direction the album aims. No programmed drums, double riff power, no superfluous gimmicks and no experiments. The band has been around for over 20 years and they know how melodic death metal coupled with typical Finnish melancholy should sound. A combination of progressive and yet song-serving structures. Or in other words: complex instrumental passages meet goosebump melodies, crowned by Villes Viljanen's rough vocals.
On "Liberate the Unborn Inhumanity", the original guitarists and band co-founders of Mors Principium Est, Jori Haukio and Jarko Kokkoo celebrate their return, and bassist Teemu Heinola is also back. Together with new drummer Marko Tommila, the new old line-up once again exudes concentrated band power without compromise.